A 2WD lawn and garden tractor from the GT200 series is the John Deere GT235. From 1999 until 2005, John Deere produced this tractor in Horicon, Wisconsin, in the United States.

One of two engines—the Kawasaki FH580V V-twin gasoline engine (from 2003 until the end of production; serial number 090000) or the Briggs & Stratton 350777 V-twin gasoline engine—and a hydrostatic transmission with an infinite number of forward and reverse gears are included with the John Deere GT235. 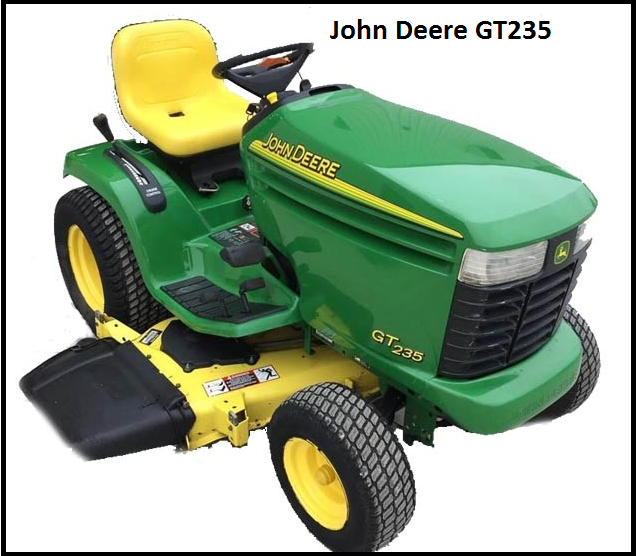 The John Deere GT235 Tractor Price, Specification, Review, Attachments, and Features are all that are mentioned.

However, if you have any issues with this post, do leave a remark in the space provided below. I’ll do my best to find a quick solution to your issue. Thanks.

What size battery does a John Deere GT235 take?

What year was the John Deere GT235 made?