When looking for information regarding the Cub Cadet 982, we only trust official sources since we want to give our readers the most accurate information possible.

This article, which has been updated, has all of the information that you could ever want to learn about the Cub Cadet 982.

The Cub Cadet 982 has a 0.8 L gasoline engine with two cylinders and a shaft-driven hydrostatic transmitting with an infinite number of forward and backward gears. 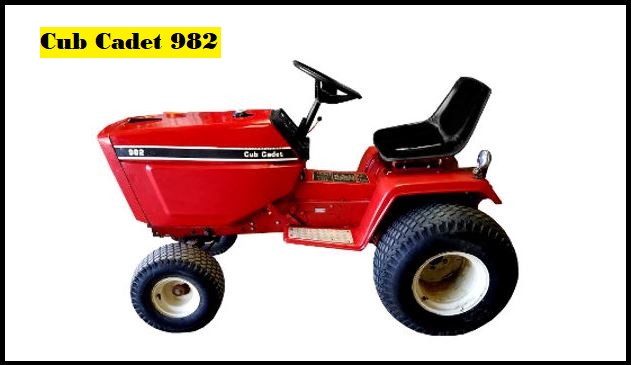 But if you have questions about this post, please leave a comment in the box below. I’ll do my best to help you as soon as I can. Thanks.

Who made the Cub Cadet 982 tractor?