In its first year of production, the WD45 featured the same general design similar to the WD tractor, which was made prior to it but was more robust.

The reason for this was the brand new 4-cylinder “Power Crater” gasoline engine that had a 4×4 1/2 inches bore, stroke, and.

Many believe that it was one of the most powerful tractors produced by Allis-Chalmers at the time. It was the only tractor in its weight and power class that could rival its capabilities.

In 1954, they introduced the WD45, which came with the brand new “Snap-Coupler” system for hooking up to the implementation.

It was basically a funnel placed under the back of the tractor, which directed the implement tongue into the latch that was spring-loaded.

The operator just backed up to the handle and was able to hear a “snap” of the coupler and then secured the lift links and went off into the field, never getting out of the tractor seat.

In 1956 the WD45 was the first model to be in the AC line with power steering. This feature was well-liked by both farmers and dealers.

The tractor was offered with adjustable axles and dual-front and single front-wheel models. The last WD45 model was manufactured in 1957, having made 90,382 tractors (gas model and diesel). In 1956, a gas duel-front WD45 was listed at a price of $2,380. 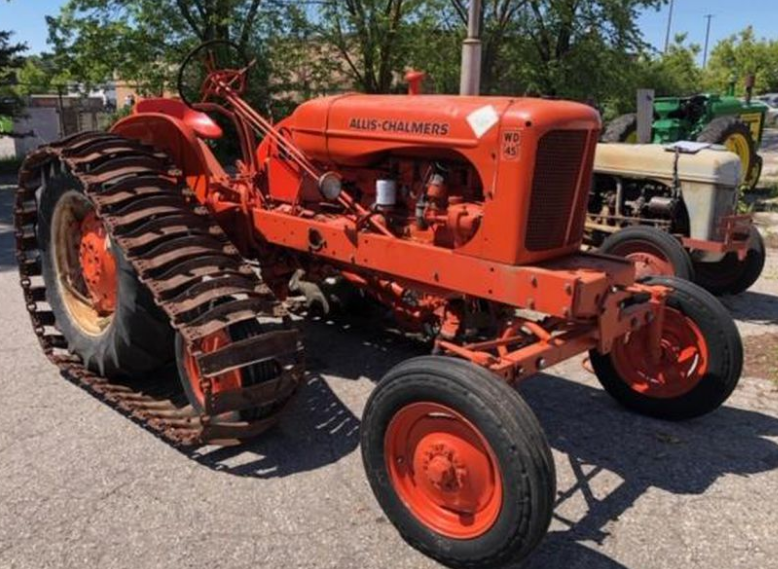 If you have any questions or concerns, you are welcome to leave a comment in the comment box.

I will get back to you as quickly as I can. Thank you for your time I hope you will stay with me for more posts similar to this.

How much horsepower does a WD45 have?

What year did the Allis-Chalmers WD45 come out?

The “WD45.” In 1953, John Deere and IH were launching tractor models with more than 40 horsepower, and Allis-Chalmers needed to react.

They came out with the “WD45” with 30 to 39 HP in the drawbar. The increased power brought it into the class of four-plow and the tractor was sold very well.

Is the Allis-Chalmers WD45 gas or diesel?

Allis-Chalmers was the first company to adopt diesel power in the month of October 1954, when they launched the diesel tractor WD-45.

The WD line was first introduced in 1948 and, after major improvements, evolved into the WD-45 line later in 1953.