Takeuchi TL8 Compact Track Loader: The Takeuchi TL8CTL replaces the TL230 Series 2. It weighs in at approximately 8,345 pounds and has a tip weight of 6,020.

A 15.7-inch track, which reduces ground pressure to 4.4 PSI, is standard on the Takeuchi TL8 compact track loader.

The TL8’s rated operating capacity has increased by more than 13 percent to 2,105 pounds. You can increase it by adding optional rear counterweights by up to 10 percent. 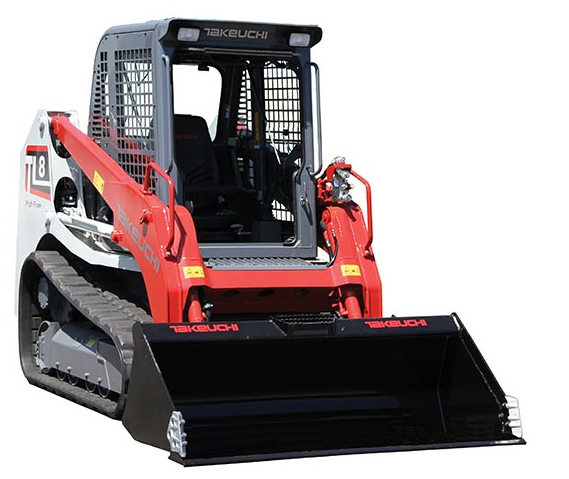 I think it should be enough information for you to buy or sell this tractor. If you have any queries regarding this Takeuchi TL8 Compact Track Loader article, then please comment below in the comment box, and if you like it so, please share it with your friends.

Thanks for visiting our site and stay tuned with me for more new Takeuchi Compact Track Loader information like this.

How many horsepower is a Takeuchi TL8?

How much can a Takeuchi TL8 lift?

Is a Takeuchi TL8 high flow?

According to the company, this loader is capable of handling a variety of applications. The machine’s standard hydraulic flow is 19.1 gallons/minute. offers a high flow option that can deliver 33.8 gallons/minute at 3,045 PSI.